In the span of a month, I had to familiarize myself with the conversions between 3 different currencies. It was confusing, and sometimes even depressing when I had to convert dollars to pounds (pound was worth more at that time). Due to the fact that this was the first time I had ever had to convert money into a different currency, I had trouble naming whether I needed to use cents as opposed to pence and euros as opposed to pounds.

I had to learn the currency often times on the spot, but luckily it was not too difficult. Fortunately, Euros paper bills tend to be different colors and sizes, which helped me to quickly identify how much I had. Conversely, in the U.S. all of our money is the same green color and size, which makes shuffling through money sometimes a prolonged experience. 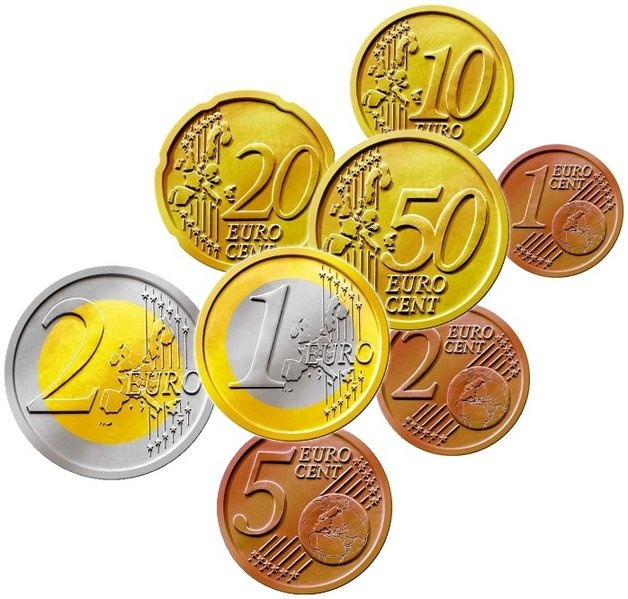 To help you avoid some of my blunders, I included some helpful tips below. The tips have been directly adopted from Rick Steve’s travel website:

1.Leave the traveler’s checks at home. I cashed my last traveler’s check long ago. They’re a waste of time (long lines at slow banks) and money (fees to get them, fees to cash them). ATMs are the way to go.

2. Avoid (or at least minimize) cash exchange. The financial industry does a masterful job of hiding the fact that you lose money each time you change it. On average, at a bank you lose 8 percent when you change dollars to euros or another foreign currency. When you use currency exchange booths such as Forex or Travelex at the airport, you lose around 15 percent. If you must change cash in Europe, the postal banks inside post offices usually have the best rate.

3.Don’t buy foreign currency in advance. Some tourists just have to have euros or pounds in their pockets when they step off the airplane, but smart travelers don’t bother and know better than to get lousy stateside exchange rates. Wait until you arrive at your destination; I’ve never been to an airport in Europe that didn’t have plenty of ATMs.

4.Use local cash. Many Americans exclaim gleefully, “Gee, they accept dollars! There’s no need to change money.” But the happy sales clerk doesn’t tell you that your purchase is costing about 20 percent more because of the store’s terrible exchange rate. Without knowing it, you’re changing money — at a lousy rate — every time you buy something with dollars.

5.Figure out currency conversions. Local currencies are all logical. Each system is decimalized just like ours. There are a hundred “little ones” (cents, pence, groszy, stotinki) in every “big one” (euro, pound, złoty, lev). Only the names have been changed — to confuse the tourist. Examine the coins in your pocket soon after you arrive, and in two minutes you’ll be comfortable with the nickels, dimes, and quarters of each new currency.

You don’t need to constantly consult a currency converter. While you can do real-time conversion with a smartphone app, I’ve never bothered. You just need to know the rough exchange rates. I see no need to have it figured to the third decimal.

Very roughly determine what the unit of currency (euros, kroner, Swiss francs, or whatever) is worth in American dollars. For example, let’s say the exchange rate is €1 = $1.40. If a strudel costs €5, then it costs five times $1.40, or about $7. Ten euros is about $14, and €250 = $350 (figure about 250 plus a little less than one half). Quiz yourself. Soon it’ll be second nature. Survival on a budget is easier when you’re comfortable with the local currency.

6.Assume you’ll be shortchanged. In banks, restaurants, at ticket booths, everywhere — expect to be shortchanged if you don’t do your own figuring. Some people who spend their lives sitting in booths for eight hours a day taking money from strangers have no problem stealing from clueless tourists who don’t know the local currency. For 10 minutes I observed a man in the Rome subway shortchanging half of the tourists who went through his turnstile. Half of his victims caught him and got their correct change with apologies. Overall, about 25 percent didn’t notice and probably went home saying, “Mamma mia, Italy is really expensive.”

7.Coins can become worthless when you leave a country. Since big-value coins are common in Europe, exporting a pocketful of change can be an expensive mistake. Spend them (on postcards, a newspaper, or food or drink for the train ride), change them into bills, or give them away. Otherwise, you’ve just bought a bunch of souvenirs. Note, however, that while euro coins each have a national side (indicating where they were minted), they are perfectly good in any country that uses the euro currency.

8.Bring along some US dollars. While you won’t use it for day-to-day purchases, American cash in your money belt comes in handy for emergencies, such as when banks go on strike or your ATM card stops working. I carry several hundred US dollars as a backup (in denominations of easy-to-exchange 20s). I’ve been in Greece and Ireland when every bank went on strike, shutting down without warning. But hard cash is hard cash. People always know roughly what a dollar is worth. If local banks don’t have exchange services, you can always find exchange desks at major train stations or airports.

9.Get back to dollars at the end of your trip. If you have foreign cash left at the end of your trip, change it into dollars at the European airport or simply spend it at the airport before you fly home. You might get a few more dollars from your hometown bank for that last smattering of foreign bills, but it’s clean and convenient to simply fly home with nothing but dollars in your pocket.