This is the palace, that places are modeled after in its image. However, Versaille is more than a palace, it is actually a wealthy suburb of Paris. For most tourists though, Versaille and the Chateau are synonymous with each other.

After visiting Versaille, I wondered why the French royalty decided to move their government from Paris and emigrate to Versaille. I later discovered that this magnificent spectacle began as a hunting lodge in 1623 by King Louis XIII who was initially attracted to the area because of its abundant amount of game.

His great grandson, King Louis XIV, later spent over half of France’s gross domestic product in order to erect the royal 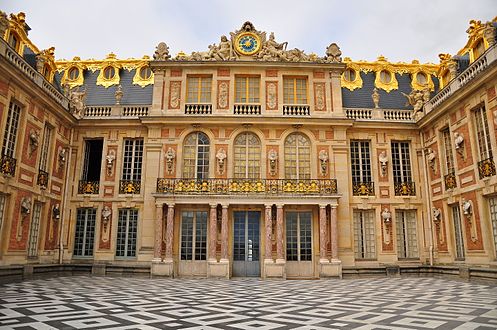 palace, which went on to host nobles and their entourages, along with extravagant parties. King Louis XIV would invite these nobles to the palace as a political strategy in order to distract them from their duties, while he focused on running the country.

By 1700, Versaille was the cultural capital of Europe. French culture dominated the European continent, and French was the lingua franca. When a person said “the king,” they were referring to King Louis XIV. He ruled for over 70 years–the majority of the time from this 17-acre plot of land.

Soundtrack: All or Nothing by Athena Cage and Panda- Cover by Bishop Briggs

Located just 10 miles (16 kilometers) from Paris it was just far enough from the city, where nobles could escape for a time from their government duties. According to Livescience.com, “Versailles complex included the palace, gardens, a walled-in royal hunting ground, a smaller palatial structure known as the Grand (or Marble) Trianon and an estate used by Marie Antoinette, Louis XVI’s queen. Between the palace and the town there are also buildings that housed the war and foreign affairs ministries, residences for those not entitled to live in the palace, stables and a kennel, among other structures..”

In this particular video, I mentioned that the majority of the art and other structures in the palace are not original. A few years prior to 1789, France was in deep debt as a result of assisting the Americans in the American  Revolutionary War, along with a rash of bad harvests, which left its people “hangry (hungry and angry).” These feelings escalated as the Aristocracy, including Marie Antoinete at the time, continued to host lavish parties at Versaille. For the sake of brevity (because this is a blog), the French aristocracy were forced back to Versaille, Marie Anotinette was beheaded, and the palace operates as a museum today. 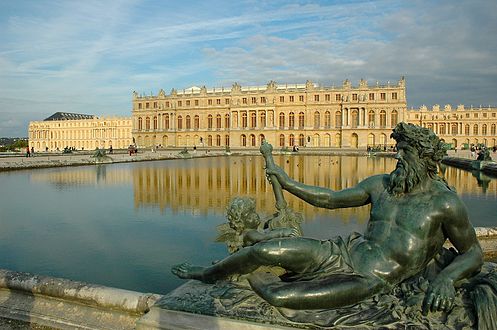