“Abiyet Olsun” is the Turkish phrase for Bon Appetit, which directly translates as “Good appetite.” In English, however, it is often used as a salutation for someone who is about to eat. While we were in Rothenburg my aunt made it a point to introduce me to this delicious German/Turkish equivalent of a fast food meal.

If the doner kebap was commercialized in the U.S., it would be the biggest threat to the burger industry.

Doner Kebap: This is the most delectable meal that I had during my time in Europe. After, my first döner, I made it a point to search for döners in the cities I visited afterward. None of them tasted as great, outside of Germany though. German-style döners are seasoned meat processed into a large cylindrical loaf, roasted on a vertical spit, then thinly sliced with a long knife and wrapped in flat bread with vegetable toppings and, sometimes, a spicy sauce.

Mezzo Mix: This drink tasted like an apple soda with a hint of Coke. If it weren’t for the fact that I do not drink soda, then I think I would be slightly addicted.

Before and After (It was that good…) 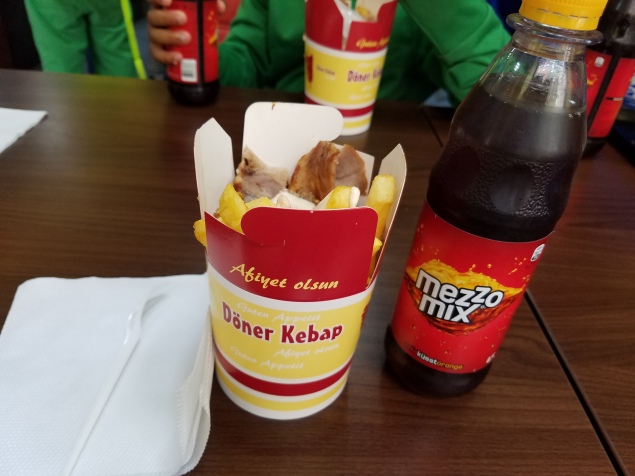 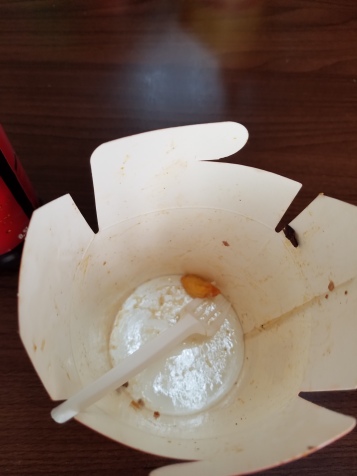