This country may be small, and rarely discussed among Americans, but it rich in history, fun, and culture (oh and rain too). If you ever make your way to the northern part of Europe, I recommend that you visit these sites in this wonderful country.

(This is not my photo. The tag is in the top right corner.)

I love nature, especially in the Spring and Summer seasons because the flowers are blooming. It’s not only appealing to the eye, but also to the sense of smell as well, which is important when you’re in Europe and you randomly come across horrible pee smells, among other things. The Keukenhof is the largest flower park in Europe. If you want to experience this beautiful sight then you have a limited amount of time: March 23 – May 21, 2017. While, I did not get to experience this wonder during my stay in The Netherlands, it is definitely on my list for my return trip.

I’m from South Florida a.k.a beach wonderland, but I have never seen anything like this beach. Its very different that your typical Florida beach. First, the water was FREEZING in the middle of JULY. Second, people visit the beach during storms so they can experience the fierce wind and rain (you have to see videos of this). My time here was pleasant, but that’s not surprising. It’s a beach located in The Hague 🙂

I’ve always been interested in the laws that govern States. This place appealed to the legal nerd side of me because it is one of the oldest libraries which specializes in International law. It also hosts the International Court of Justice, the Hague Academy of International Law and the Permanent Court of Arbitration. It also helps that it’s in a former palace.

The Mauritshuis displays some of the best Dutch paintings from the Golden Age including “Girl with the Pearl Earring,” “The Goldfinch,” and “The Anatomy Lesson of Dr. Nicolaes Tulp.” The museum is in a former palace so that also enhances the viewing experience. My best tip for visiting any museum is to research the artwork beforehand. if that’s too much work for vacation, then you could always opt for a live or audio tour guide. I was fortunate to visit the Mauritshuis with Dean Amann, who is very knowledgeable about art.

(This is not my photo)

I like to think that the old Willy Wonka movie (the good one) sampled a lot of the artwork found here because almost every piece of art work in this museum presents an optical illusion. Escher, was a civil engineer, mathematician, and of course, an artist.Btw, this museum is also in a palace.

Pretty much everything in Amsterdam, but especially…

This hidden community only houses single women over 40. It was just as I expected it to be clean, quiet, and beautiful. Men are allowed in the community only  before 8pm. The number one rule here is that you HAVE to be quiet. Guess which gender I saw being obnoxious to that rule? lol 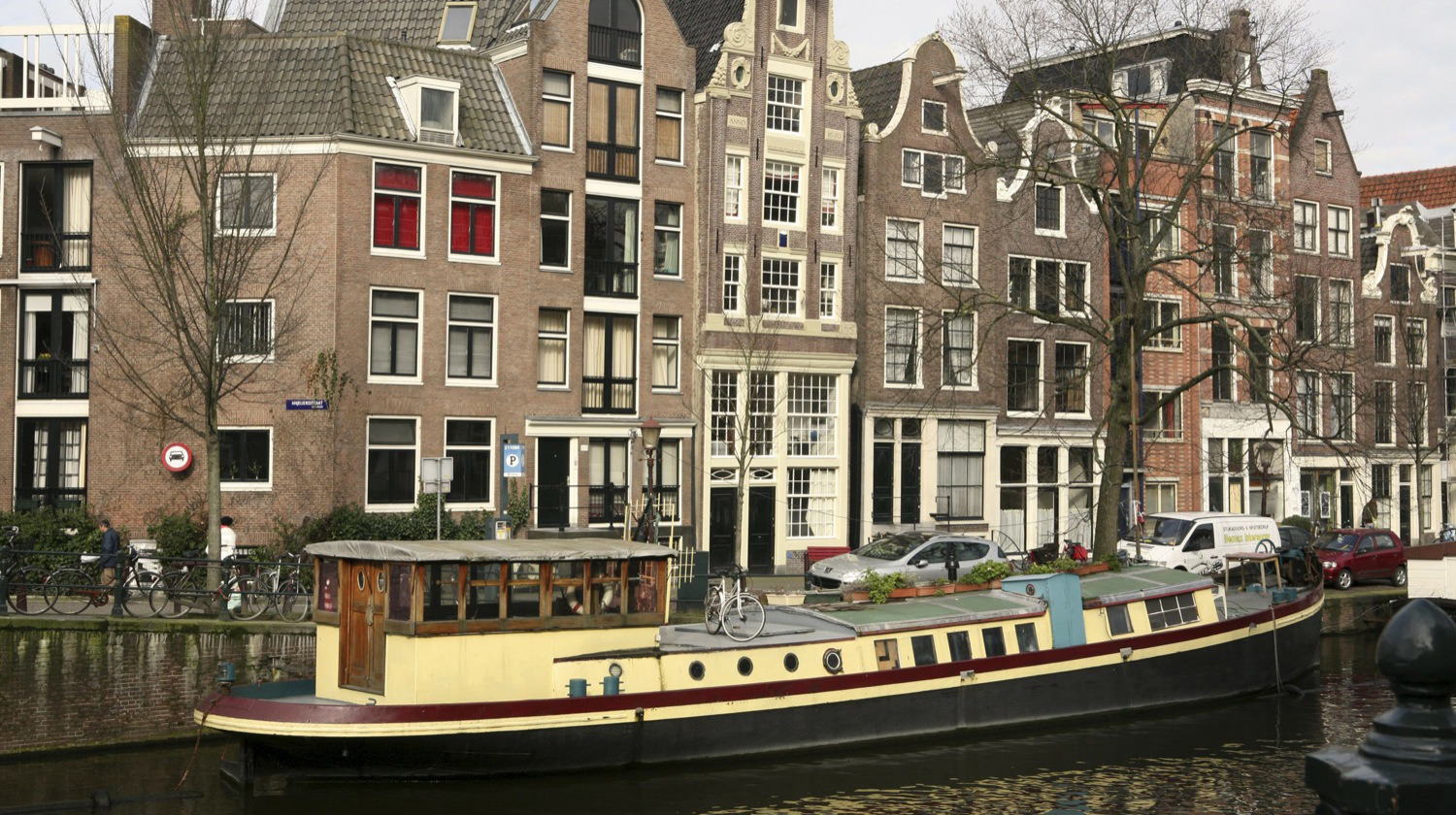 Can you spot the church? Don’t worry I couldn’t tell you because I forgot. lol

(8) The Old Church in (and) the Red Light District

(This is not my photo. Technically photos of women in this area are not permitted, and they will chase you or close their curtains if you are caught taking a photo). It’s hard to believe, but there actually is a church in the middle of the Red Light District (see the video for an explanation).

Regarding the actual Red Light district, there are different allies to suit one’s preferences. For example, they have the transgender alley, “Big mama” alley, Eastern European alley, and more. Are women really in windows? Yes. What are the hours? Up to the woman/establishment. Technically the women are considered Independent entrepreneurs for tax purposes. They work all hours. I don’t agree with the idea of Prostitution, partially because I believe most of the women are trafficked, or have experienced trafficking at some point in their life. I visited this area on a “Free” Sandeman tour (they request tips at the end) because I figured it was the safest way to see this attraction.

This is the perfect way to demonstrate to the world that you are a shameless tourist. You can climb the letters, take tons of photos and photobomb people.

This video is funny. My selfie camera would not work in video mode because I did not have enough space on my phone. I did not realize that I almost ran into that guy. Good thing he was a good sport about it (lol).

This bar is COMPLETELY made of ice. It’s so cold that the bar actually recommends that occupants stay for only a short amount of time. Well, what about the employees? Turns out, they are able to escape the chill in a heated room in the back of the establishment. All in all, if you can stand the he-I mean ice, then this is a must-see for you!