9/5/16 update: I am eating herring in the featured picture. It is a pickled fish served with chopped onions. It was delish! 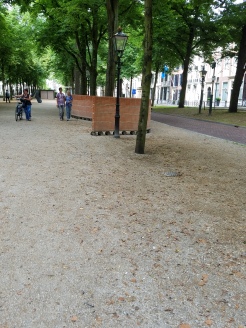 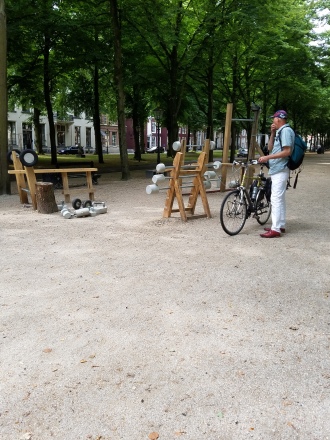 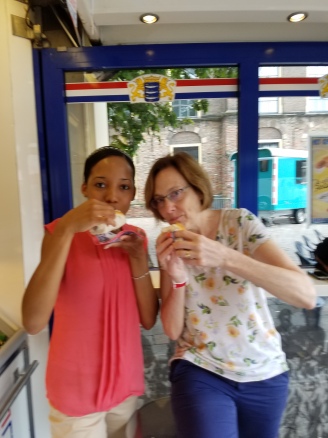 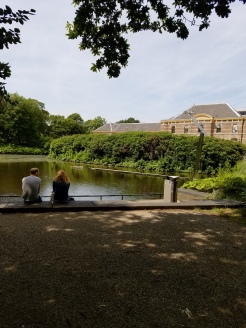 There were quite a few nights when I came home super late because class, and after-class activities ended late. There were also some nights where I had to get some Law school work done–yea, I didn’t get my full eight hours on those nights. Ultimately, it took my body about 4 full days and nights to adjust to the time difference. I tried everything literally to accommodate this change including counting sheep, keeping my eyes closed, prayer, and a host of other resorts. In the end, I either decided to just lay there in bed (they brought me a mattress pad eventually) or watch tv. Music channels were some of the few channels in English. I also watched a couple of Dutch shows (in Dutch) and here’s what I realized, along with some other general observations during my time in The Netherlands:

There was also many times during my 12-day stay when I had to get ready for a function or event. During those times, I usually had some background music. I did not want to leave the hotel with a dead battery (also Pandora did not work in Europe), so I resorted to watching the equivalent of “Fuse” on the television. For those of you who are not familiar, Fuse is a network that solely plays music. I chose to listen to the top hits channel, and I was pleasantly surprised to discover that their top hits are generally the same ones that are over-played on American radio. Here are the top fifteen songs I recall hearing too many time in “Da Nedalands.” That’s how locals pronounce the name btw. See below: